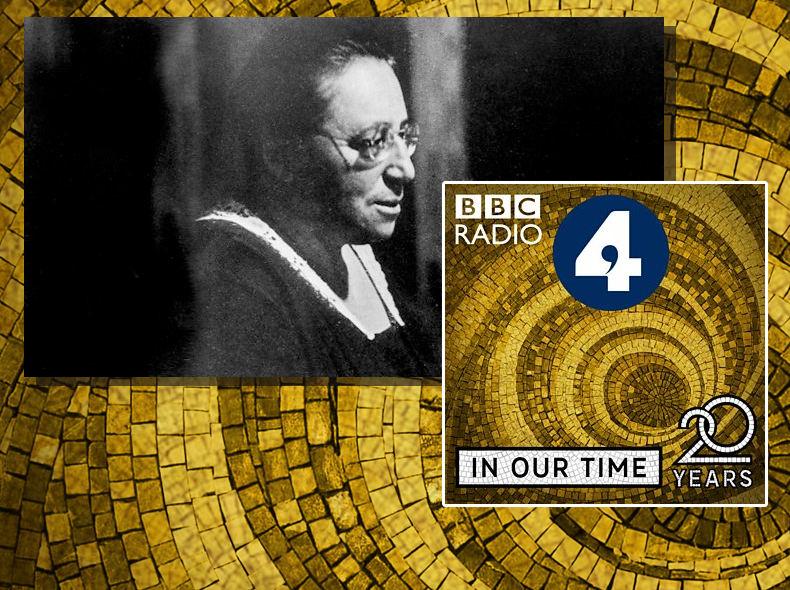 In Our Time Podcast: Emmy Noether

The BBC Radio 4 free podcast In Our Time has recently released an episode about the life of mathematician Emmy Noether (opens new window) (1882-1935), exploring both her life (with a feminist point of view) and her mathematical research, both in physics and later, algebra.

Host Melvyn Bragg and guests Colva Roney Dougal (University of St Andrews), David Berman (Queen Mary University of London), and Elizabeth Mansfield (University of Kent) discuss the ideas and life of one of the greatest mathematicians of the 20th century, Emmy Noether. Noether’s Theorem is regarded as one of the most important mathematical theorems, influencing the evolution of modern physics. Born in 1882 in Bavaria, Noether studied mathematics at a time when women were generally denied the chance to pursue academic careers and, to get round objections, she spent four years lecturing under a male colleague’s name. In the 1930s she faced further objections to her teaching, as she was Jewish, and she left for the USA when the Nazis came to power. Her innovative ideas were to become widely recognised and she is now considered to be one of the founders of modern algebra. (48 minutes)